A downloadable game for Windows, macOS, and Linux

After agreeing to limit herself to three days instead of her usual two-weeks stay on her assigned Villaintine's place, the Princess reveals her true intentions to the Villain as early as possible (). He did accept the deal . And it's supposed to be all good and all, three days now looks good enough as a goal.

Apparently, three days are not enough. Especially, when she sees dead flowers coming back to life and it triggers a memory of trying to pick some but watch as it wilts in her hands.  She can't possibly let this slide and not ask.  But who knows asking for something as simple as 'Why are these flowers blooming?' can lead to being The Villain's wingman. While that might sound simple, it's only simple if she doesn't get too attached.

"If I'm tenth, you guys will always be a rank higher than I am."

Currently ranked Tenth for the Top Advocates. Seen as prim and proper. Can't say 'No' to anything so people usually ask her for favors or makes her do things that she might not want to do (she often finds this interesting though).

"I'm a pretty good conversationalist if I say so myself."

The Princess's assigned Villaintine with a rather mysterious track record of four princesses assigned to him. Seems friendly and harmless. He seems to like smiling a lot.

That's great xD Thank you so much (for loving this demo and leaving encouraging words) ~ and I'm glad that you're hyped for the full game :D

OMG! YOU REPLIED. And not only that you left such amazing feedback on my game, (Like really detailed.) you cannot believe how much I'm fangirling right now! Akk!  Thank you, thank you so much! I was a big fan of the first Villaintine vn  so this is making me so happy that you even replied!

I saw the extras in the demo, and I definitely will be waiting patiently for this game! I also really really liked seeing the sketches of Lindy, She is turning out to be my favorite character! Okay, please guy leave me alone and her perceptiveness/no nonsense to figure things out. Like her commentary with Os's story was so funny.  It's weird but I felt like she could totally fit in an ace attorney game. She's such a hilarious character.  (I also liked that the characters are given more color but that's just me because I adore color.)

I wished I could give you just as detailed feedback on the bugs but I didn't find any. (except maybe the text-box appearing and disappearing in the beginning but that might be because the transitions of scenes so not a bug.)

Yep, I replied xD (I do reply, don't worry. Even if I find it hard to reply sometimes). And you're welcome and thank you as well for liking both VNs (I'm actually nervous that people might not like the sequel considering how different the tone will be from the first VN to the second one, but I'm glad someone is fine with it and I want to thank you more for sharing your thoughts!)

I haven't thought of Lindy fitting in on an Ace Attorney Game (i'd definitely draw this, like some mock screenshot with Os in the Witness Stand and Lindy being a Prosecutor xD).

As for the color, welps, I love color too and it's more comfortable for me to try more colors digitally rather than traditionally. I limited the color choices for the first VN because I'm doing them traditionally (using watercolors) and I can't color them consistently if I draw them again (the struggles).

And for the bugs, that's fine xD there's nothing heavily programmed/implemented in the VN yet so yep, the only thing you'll see at the moment is the textboxes (which is actually a common bug from older versions of Renpy. Although, it should have been removed since Renpy version 6.9 but it persisted during 7.0 and although I know how to fix this, I might have missed something that you end up seeing it again, I'll try to hunt for that for the future version but you can inform me if you remember which scene it is from).

Oh!! I can't wait to play this!! Love the original game💕💕

Hello, lifians~ thank you very much and I hope you enjoy the demo :)

Finally have the time to play it! It's fun seeing other characters in this universe! I can't wait for the finished game!

AND ALSO THE GUI!!! IT"S SO NICE!!! I love it so much ahhh the changing opening it's really nice and refreshing to see!

Thank you ^^ (I 'm glad you like the other characters as well xD I ended up having kind of some side characters instead of having only a few xD). I like the GUI too xD it's one of the things that I can't really sit still about until it feels satisfying~ Anyways, thank you for the hype and for looking forward to the finished game! 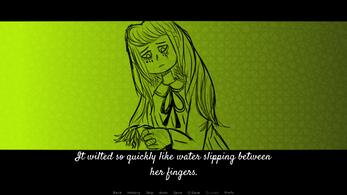 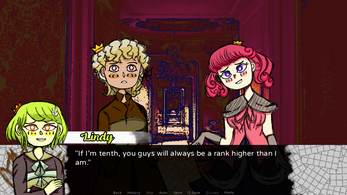 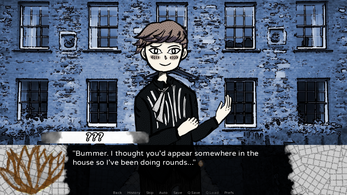 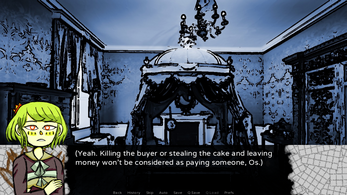 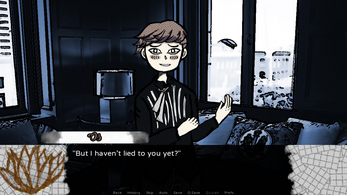 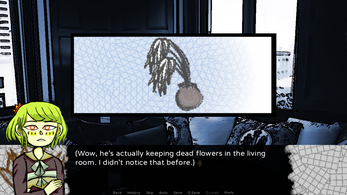